Why Android & iOS Developers Should Focus On Flutter?

In this modern era, it is essential for the businesses to filter their choices for the mobile technologies properly. The pragmatic evaluation and unbiased testing will lead you to the right path for the same. Always remember that the right framework is the one that successfully meets the requirements like agility, scalability, enhanced performance, and seamless user-experience in an app.

This post will cover the necessary elements of the Flutter framework, and why developers should give preference to it in their development process.

So, let’s begin with that…

In the coming years, the Native apps developed for Android and iOS will face a fierce competition with the cross-platform (single codebase) apps.

It has been found that the cross-platforms like Flutter will move the mobility industry to an era where Native vs Cross-platform app development will be bulging more.

Presently, amid popular frameworks like AngularJS, React Native, and Xamarin, Flutter has emerged out as the real winner. The reason is its ability to provide reliable and speedy digital interactions. Moreover, it is seen as the smart blend of several Google technologies and interactive features, which will fulfill the dream of the businesses to become an ace in their niche.

Without any further ado, let’s get started with the effect of Flutter on iOS and Android app development:

Potential Reasons of Why iOS App Developers Should Consider Flutter 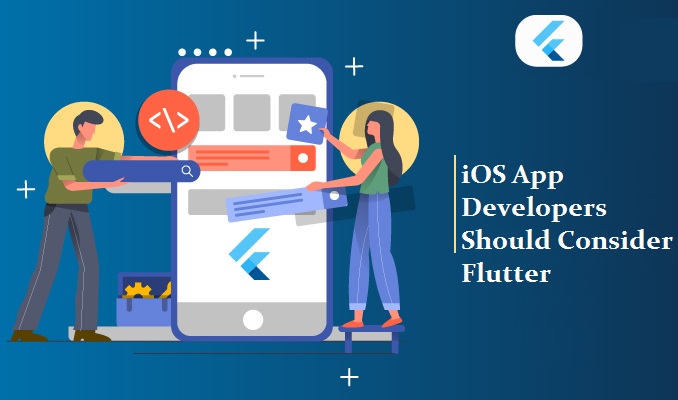 Since the inception of Flutter in the tech world, it has become difficult to find out the difference between a Native app, and the one created using Flutter framework.

As Flutter has become a massive hit in the mobile domain, the time is right to compare the Flutter and native iPhone app development. This will give you a better idea for which option to choose.

You will find the apt answer in the following points of comparison. So, here we go:

Like languages, the IDEs are also different for the two. Native iPhone apps are built using Xcode while Flutter makes use of Android Studio and IntelliJ Idea.

What makes Swift-based apps super-fast is the components that are put into its development are produced natively.

Flutter uses Dart framework with zero need to bridge in order to communicate with the native modules. This implies that Flutter for iOS developers contain all those elements necessary for the native app development. 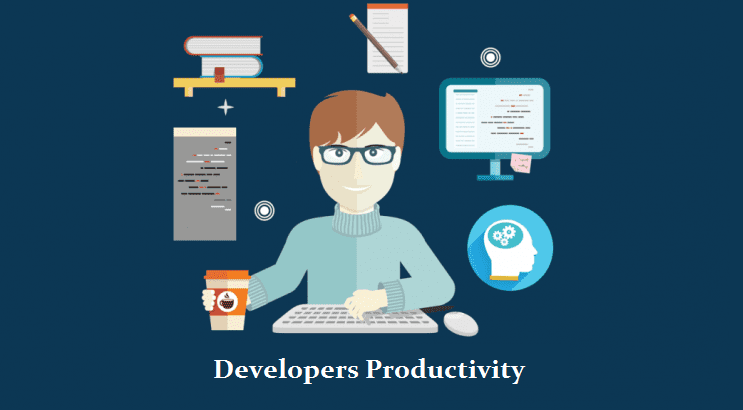 With a native iOS app development, the mobile app developers are required to re-develop the entire app, or the dependency on the third-party for viewing the modifications in the devices or simulator, every single time any change is done within the app.

The proper reason of why to use Flutter for iOS development is that it offers the hot reload option where the changes that are introduced will reflect on the simulator in real-time.

UIKit is a popular native framework that is used by Apple for creating UI components. This framework offers native support for the purpose of documentation, animation, printing, and drawing.

The UI engine for Flutter operates completely different. This engine carries stateful and stateless widgets which are pixel perfect.

The UIKit of Flutter is the topmost reason of why Android and iOS app developers should give attention to Flutter.

XCTest, a native testing framework provided by Apple is used for integration, performance, and UI testing of the iOS apps.

There are certain elements which are missing in XCTest framework, such as data-driven testing, grouping of test, snapshots test, etc. But, the biggest weak point of the XCTest is mocking and stubbing.

On the other hand, Flutter has a robust test framework where the developers can easily write test at a functional, unit, and UI level. You will find a detailed documentation with example codes for testing apps at different levels. The Flutter Integration tests that are same as that of Xcode UI tests are provided with the Flutter driver.

Now, when we’ve analyzed all the different elements that make Flutter a better option than native iOS. So, that’s a call for the iPhone app developers to incorporate Flutter framework in their development process.

Compelling Reasons of Why Android App Developers Should Consider Flutter

The parent company for both the Android app development frameworks and Flutter are same, i.e. Google. Given below are some points that will highlight the reasons why Native Android developers should try the Flutter framework.

Gradle hands is considered as the most vital tool for the entire Android app development process. But, we all have to admit this fact that the build time is too long, which acts as a great hindrance in the development path.

In order to get a deep impact of Fluter on iOS, you will need Gradle build but not frequently as that of Native Android. While the Flutter development requires Gradle build in the initial phase of development (only one time) not for a complete app restart. Even the load time that Flutter comes with is far better than the Native load time.

Native Android has separate layouts and Kotlin/Java files that make developers to acquire references for the views, and then made amendments in the backend files.

With Flutter, you need only one language for the designing, backend. And, its reactive framework eliminates the requirement for references to the widgets. This specifically proves that why creating apps with Flutter is the ideal choice.

The popular mobile frameworks like React Native, Xamarin, AngularJS are useful in creating the digital experiences with an ease. These frameworks are dependent on the Java, which is still far behind from being perfect.

Flutter is built using Dart (in-house programming language of Google), and is a perfect combination of technologies that provides the top features from the multiple languages without avoiding Java.

Flutter is beneficial in optimizing the patterns that are used in the mobile apps. In fact, the Flutter for Android developers offer great animation loading speed i.e. 60FPS, and it says all.

Moreover, the ease of building superb animations together with leaning curve bridges the gap between the developer and the UI designer.

This reduces the time needed for implementing modifications related to UI or animations.

Now, it has been proved that Flutter is efficient in solving the shortcomings that both Android and iOS developers encounter with. So, the timing is apt to make a switch to the Flutter framework for your next development project.

Can we use Flutter for the production?

By the end of 2018, the Google made the Flutter to pass out the Beta stage, and entered the market as Flutter 1.0, so the developers can easily work around with it.

And, within two months, this cross-platform framework was solidified in the market with the launch of Flutter 1.2 and Dart 2.2. Google is extremely serious about this framework, which is quite evident from the regular updates that have been done over the last year.

The Flutter framework has now been deployed by the big app development companies, even though production ready is hustling with some issues. But, the Flutter development community is doing a fantastic job, and eliminated numerous issues till date. The issues normally range from the debugger disconnection to the app crash with no specified reasons.

So, Flutter is perfectly fit for use by the mobile app developers for the low complexity apps. But, it would be risky to directly jump for a mid or large project.

From the above discussion, it is safe to conclude that Flutter is the ideal framework for the app development process. Firstly, it removes the shortcomings that the developers face while working on other cross-platform technologies.

Secondly, the Android and iOS developers can create applications that are smooth, native, and intuitive using this framework. So, it is clear that Flutter is the best solution for the mobile app development.

Hopefully, you will be impressed with the Flutter after reading this post. And,it must be really looking forward to use them in your app development. In that case, you should approach the reputed Flutter app development company to meet your business goals. They’re blessed with the right tools and technologies that leverage them to build robust applications in the least possible time. One thing is for sure, you’ll get your hands on the best quality apps for your business.

Contact Sparx IT Solutions, if you want to hire Flutter developers for your next big venture!

1 thought on “Why Android & iOS Developers Should Focus On Flutter?”