But with the adoption of React Native by the mobile app development companies, it becomes convenient to build separate apps for both Android and iOS. This framework has great potential to develop futuristic native mobile apps for businesses.

React Native has created much hype in the app development industry. This is because, it creates top-grade and influential apps for iOS and Android. Using this framework, mobile app developers can build apps that can accelerate the performance of native apps.

Now for those who are not acquainted with what exactly is React Native? Then we are pleased to tell you that you have hit the right place.

React Native is a popular JavaScript framework, which is responsible for the transmission of concepts of web development into mobile app development. This framework is favorite of the developers as it leverages them to create versatile apps by using current JavaScript information.

The good thing about React Native is that it has the capability to develop apps faster with interactive user experience. Even if you are new to the app development, then you can work with this framework without any hassle.

Methods to Create an App

There are preferably three ways to develop an app, let’s have a look:

What you should do for your startup?

To get things started for a startup is a difficult task, and when you have to develop an app, then it becomes even more difficult. What you have to do in that case? Well, you have to look at a number of factors, such as project ideation, services, and framework.

Almost every single person is using mobile apps, so you have to think of a distinct idea and approaches to target your potential audience. Both of these need to stand out in all aspects. Here are some important factors that you need to focus on while developing an app for a startup.

Now, it’s time to answer the question for which you all are here. Why should startups opt for React Native? They both compliment each other well. There are ample reasons for choosing React Native for the app development. 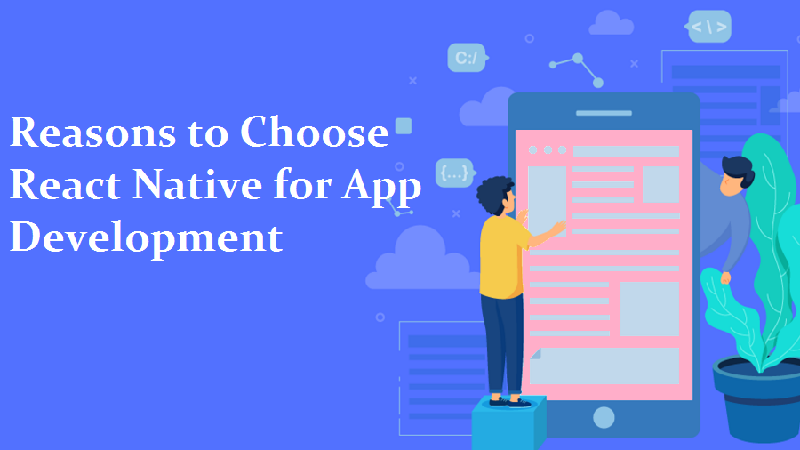 This is one of the main reasons for choosing React Native for app creation. It is cost-effective and offers speedy development, which startups generally want in the first place.

Using React Native, you will easily get your hands on MVP project. Always remember that MVP needs to be created by keeping investors and user’s preferences in mind for reaping better outcomes. By considering all the above facts, it would be safe to say that React Native is beneficial in offering fast and effective solutions by incorporating modern technologies. 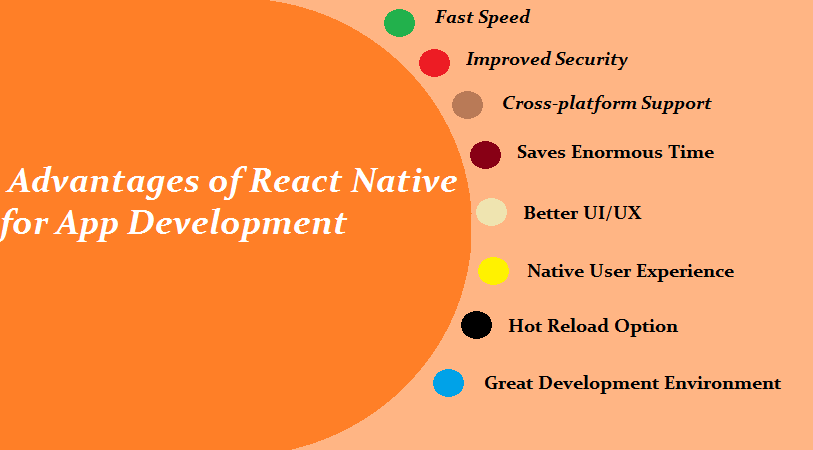 React Native is fast compared to other frameworks, and offers effective services to both the users and the developers. However, fast development depends on a range of factors like the number of stacks that are deployed, the app type that you are creating, and many more.

JavaScript is utilized as the core development language, which minimizes the chances of flaws. The apps that are developed using React Native is hard to hack, which makes it highly reliable in terms of security.

Since iOS and Android are diverse platforms, the development of native apps for these two will be a daunting task. The cross-platform ability is the best part about the React Native framework i.e., solo codebase will be used for both the platforms.

React Native is the perfect platform for building native apps for cross-platforms, such as Android and iOS. Not only that, this framework will allow developers to build an app that will run on different platforms effortlessly.

How does this function? The platform will identify the platform on which the app is running and instantly picks up the right file. Hence, the React Native apps can be developed by employing a single codebase for Android and iOS simultaneously.

This is one of the solid reasons for utilizing this framework for app development. With this framework, you don’t have to build two different apps for Android and iOS. This eliminates the need to learn and execute tow dialects, and you can develop an app in a fraction of time. It is pretty clear that you will save a great amount of time that you can invest on testing and updates.

React Native is all about the mobile UI. If you compare this framework with other frameworks like AngularJS, then you will figure out that it looks more sort of a JavaScript library than a framework. It makes use of third-party libraries, and React Native Material Design, React Native Elements, etc., are some libraries, which the developers can access.

The basic difference between React Native and other cross-platform frameworks like Cordova is that within this, the app will be in HTML and JavaScript in Web View. But, in React Native, it will call the native platform widgets directly.

With React Native, you don’t have to run the program again and again (if you have to modify a bit of source code within React Native framework). Owing to this feature, you can easily view the changes in real-time.

When it is about cross-platform app development, React Native offers the most suitable development environment amongst all others.

For instance, you don’t have to wait for your code to compile for reviewing small edits, React Native can make changes in your running app without any need to restart.

Also, React Native has a layout engine called Flexbox, which permits you to utilize the exact layout code for iOS and Android while in other cross-platform frameworks you require three different layout engines.

With all the above benefits, it’s clear why app development services are adopting React Native so quick. Even there are many tech giants which are utilizing this framework owing to these set of benefits.

FAQs On Why Should Startups Choose React Native?

1. What is the main difference between React Native and Hybrid apps?

2.What are the benefits of react native for startups?

Ans:- There are many benefits for startups if they choose react native. Some of them are listed below:

Ans:- The most suitable answer is that React native offers optimum performance and quality that you can’t expect from the framework that operates on Web View components.

4.Why you should not go with Hybrid App Development?

When it comes to performance, Hybrid apps lack behind React Native. This is because, Hybrid apps add a layer between source code and targeted platform, which hampers the overall performance of an app.

The additional layer which Hybrid development creates make the debugging process a bit difficult. Due to this, the developers have to depend on the framework to use the operating system.

Also, it is not always necessary that the developers would carry a proper understanding of the chosen platform, finding the exact cause behind the problem would be pretty long.

If you want your startup to be a huge hit, then you should utilize all the latest software capabilities and features set. Unfortunately, the biggest drawback of Hybrid app is that it is a tough task to introduce new features in Hybrid.

Thankfully, React Native is there to combat all these issues efficaciously. That’s why, it is the topmost choice of the developers.

Are you thinking of developing an app using React Native? If yes, then you should contact Sparx IT Solutions, a widely acclaimed React Native app development company.