It is a challenging task to single out the suitable programming language and web development framework. The website owners tackle this biggest obstacle by taking wise decisions of choosing the best platform as per their business needs. But, what are all the factors to make the platform selection faster and even better? Generally, it all depends on the project requirements and most importantly the business needs. Python platform & Django web framework is here to pull you out from all the questions you’ve been fighting with.

Python is a programming language while Django is a robust web framework which is semantically coded in Python.

A Brief About Python –

Without a doubt, we can say that Python is doing a great job as the best programming language for the past few years. The reasons are excellent code readability and development efficiency. It is also observed that Python is easy to understand and learn as compared to different other languages like Java, PHP, C++, etc. It’s a suitable platform, which makes it the topnotch choice of the developers these days.

For many years, Python has been gaining prominence as one of the popular programming languages. Look at the chart to know the popularity –

Big blue-chip companies like Google, Spotify, Netflix, Quora and globally known government organizations like NASA utilizes the platform with equal importance and admires the features it comes with. Having earned this much repute across the IT industry, this programming technology has been valued as the most used platform our developers opt to build web app solutions. Adoption of Python enables us to deliver scalable, advanced and feature-rich solutions that later makes us recognized as the trusted Python development company.

On the other hand, Django is an extremely enhanced Python Web framework which assists the web developers to build clean, fast and robust design. This web framework is developed by the industry’s best developers, who claim that it’s a powerful platform, which eliminates a variety of the web development hassles. It’s completely free and open-source and the best part of opting Django is that it allows developers to focus on building apps without getting them into other unnecessary aspects.

There is a well-defined difference between both which can be explained as a programming language and the solution which is being built by using the same. Apparently, both of these complete each other.

Many surveys say that Django is one of the most preferred and used features of Python. For many times, it has also been rated as the most admired web development frameworks. 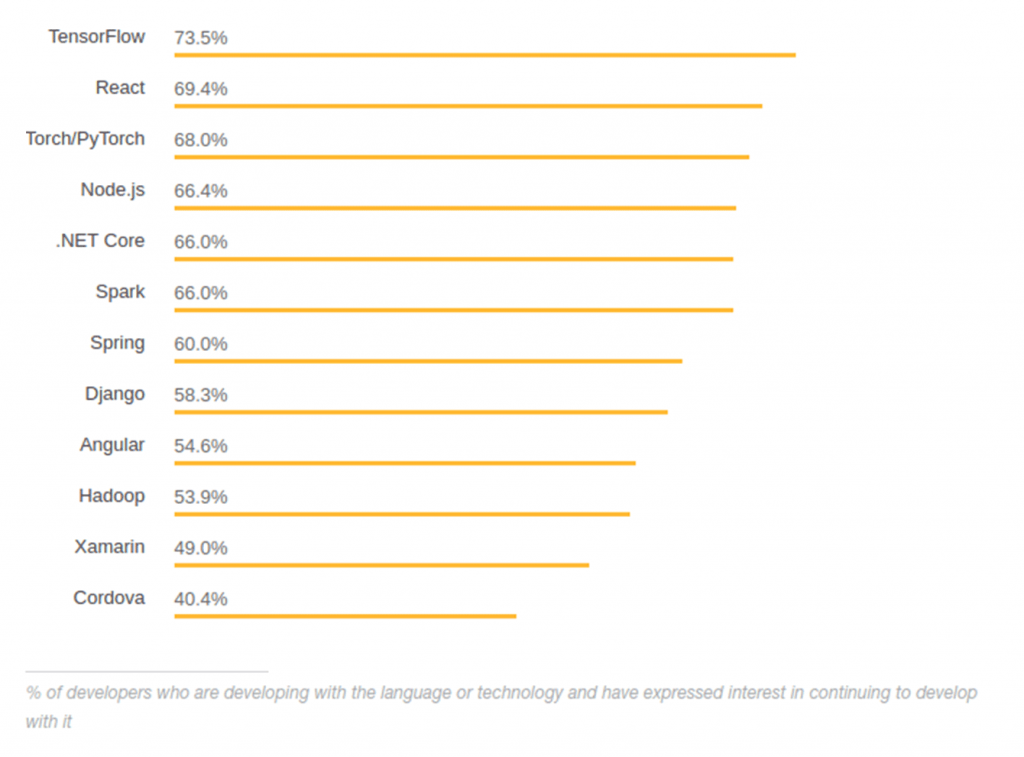 Let’s get started knowing Python and Django one by one:

Below structure will let you know the exact syntax of writing code in Python. It’s easy to draft and understand by others, who have a bit of programming know-how. As you can see that Python uses spaces rather than braces. Special characters included in the code make the code far easier to recognize the start and end of the entire module.

Easy readability and understandable nature make python a relatively easy language which anyone can explore to make necessary changes in a solution. No matter the individual has worked earlier on the platform, he/she will find it convenient for modification.

Whenever you decide to have a website or web apps, you need to opt for app strategy and consulting from reliable sources just to identify that you forward your steps in the right direction. With python, you will be benefited with myriads of advanced features along with standard programming libraries that exceptionally cover all aspects of the web development. Right from offering scientific calculation features to image processing, protocols and OS interface management, Python gives you the ways to strengthen your web development ways.

Being a backend programming language, Python is extremely supportive in building robust prototypes. As prototypes are necessary for idea recognition, it also helps clients and developers know the exact flow of the project. If you choose Python, you’ll be able to create web or app prototypes by investing small time and amount. An added advantage of building prototypes with Python is that startups can use these prototypes as their temporary website or web app and can also raise money from the same by promoting services through it. On the other hand, for big businesses, the Python-based prototypes are the ideal options to try out new ways of brand promotion.
Provides different development frameworks

This is the advanced era where technology goes hand in hand with industries to cater to human needs. As discussed Python possesses clarity and simplicity features that further get integrated with the powerful TensorFlow library and make it an exceptional platform to build the complex machine learning solutions. Due to the extraordinary features, scientists chose Python to proceed with their projects based on Machine Learning & Artificial Intelligence.

If you want to get your web development project accomplished using the trending Python platform, consider us as your preferred Python software development company.

Keeping the websites and apps secure is the default feature of Django. It protects applications from different types of risks. The framework is strongly built to mitigate the chances of security risks left during Django web development with Python. Moreover, Django protects the apps from request forgery, cross-site scripting, and hazardous SQL injection.

Django claims to be one of the fastest web development framework to build speedy websites and apps. And, the framework lives up to all its claims by allowing developers to develop the solution in comparatively less time. Most of the developers use Django’s in-built features to deliver up to the mark web & mobile app development to the industries. This most-loved framework possesses the Don’t Repeat Yourself (DRY) philosophy, which makes the users free from drafting the repetitive code and let them reuse the code wherever needed in the project.

When you avail Django development services, you’ll be benefited with the batteries included approach. The approach basically means that this framework has every necessary aspect to create a full-fledged web and app solution. For example, Django comes with URL routing, HTML templating, session management and object-relational mapping. This lessens the development time by helping developers avoid the additional search for third-party tools.

Django is decoupled with different components which clearly depicts that these can be easily integrated or removed as per project need exactly like Lego pieces. Component adjustment entirely depends on the project requirement in Django and makes the development process easy to scale up and down. You can take the assistance from a reliable Django web development company to alter the chances of complexity in adjusting components.

Django is famous to work with different major databases and ensures better data connectivity for the project. With this framework, developers can work on one or more databases at once. Django is the framework, which assists the programmers to migrate data from one database to other to perform common operations with ease and without writing much additional code.

Above all, Django is the best web development framework to opt for the brands that wish to promote their brand over the web. This framework again nailed it with its inbuilt SEO tools that help the developers reduce the average page loading time for better website performance. The integrated SEO tool kit is conjointly helpful recognizing the cache and compressing the JavaScript and CSS to make all the web pages faster. Moreover, it has another tool which outstandingly manages robots.txt. These are the reasons SEO professionals also suggest the best development framework to proceed with.

Like many other programming languages, Django also has a large community of developers and development consultants. They initiate regular modifications and updates to the framework’s library to make Django a top-rated web development framework.

Website and web app development using Python has been in trend for past many years and is still in the boom in the IT sector. Python and Django have all the right reasons to be on the top of the web development frameworks. Being an easy to use web development framework, it has crossed all the milestones and serving as the stepping stone for the developers to learn other complicated languages. More importantly, it’s in budget and ensures rapid development for even complex projects.

If you’re impressed with the functions, features and advantages of Python and Django, you should avail the concerned services from credible IT partners. Consider Sparx IT Solutions if you want your project quotations right here right now. Approaching us would be a pleasing experience for you.

780
Previous PostIs Mobile Cloud Computing (MCC) Becoming The Future Of Applications?
NEXT PostHow On Demand Apps Are Empowering Businesses In 2019?